MediaRich is an application server designed specifically to make it easy to create images & videos from flexible and efficient image & video templates. The platform consists of several components: 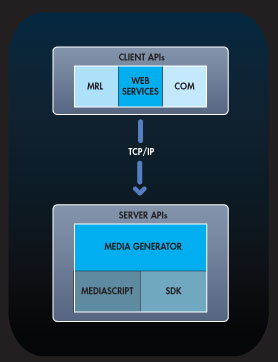 The Media Generator server is a multi-threaded application server which accepts incoming requests and either returns a previously cached response or executes the appropriate MediaScript to handle the request.

MediaRich uses a simple stateless protocol for forming image processing requests and streaming back the resulting image data. The life-cycle of a MediaRich request follows these steps: 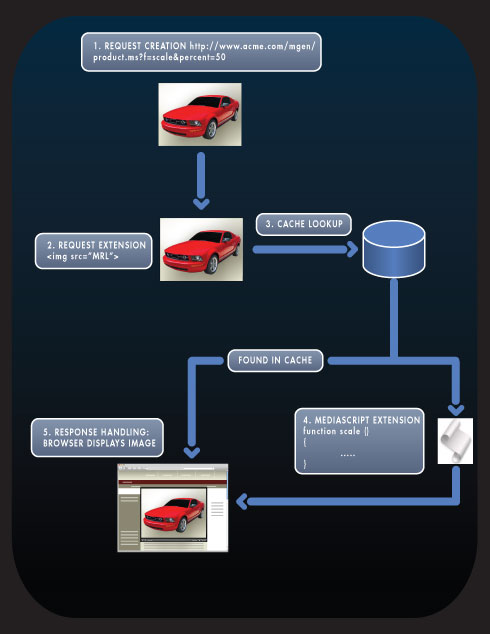 Clients create requests to apply an image template (written in MediaScript) to a specific set of parameters. A MediaRich request consists of several elements: a MediaScript file path, the name of a function within that script to execute, arguments to that function, and other user- and system-defined parameters.

Once a request has been created, it can be executed by using one of the client APIs: HTTP URLs, Web Services, or COM. HTTP URLs are usually embedded in HTML <img src=”…”> tags, in which case the web browser executes the request. Alternatively, applications can send requests directly to the Media Generator via Web Services or COM.

When the Media Generator receives a request, it first checks its internal cache for a previously generated and cached response. If one is found it is returned as the response and the MediaScript execution step is skipped. Otherwise, the requested MediaScript is executed.

Back to Developer Resources